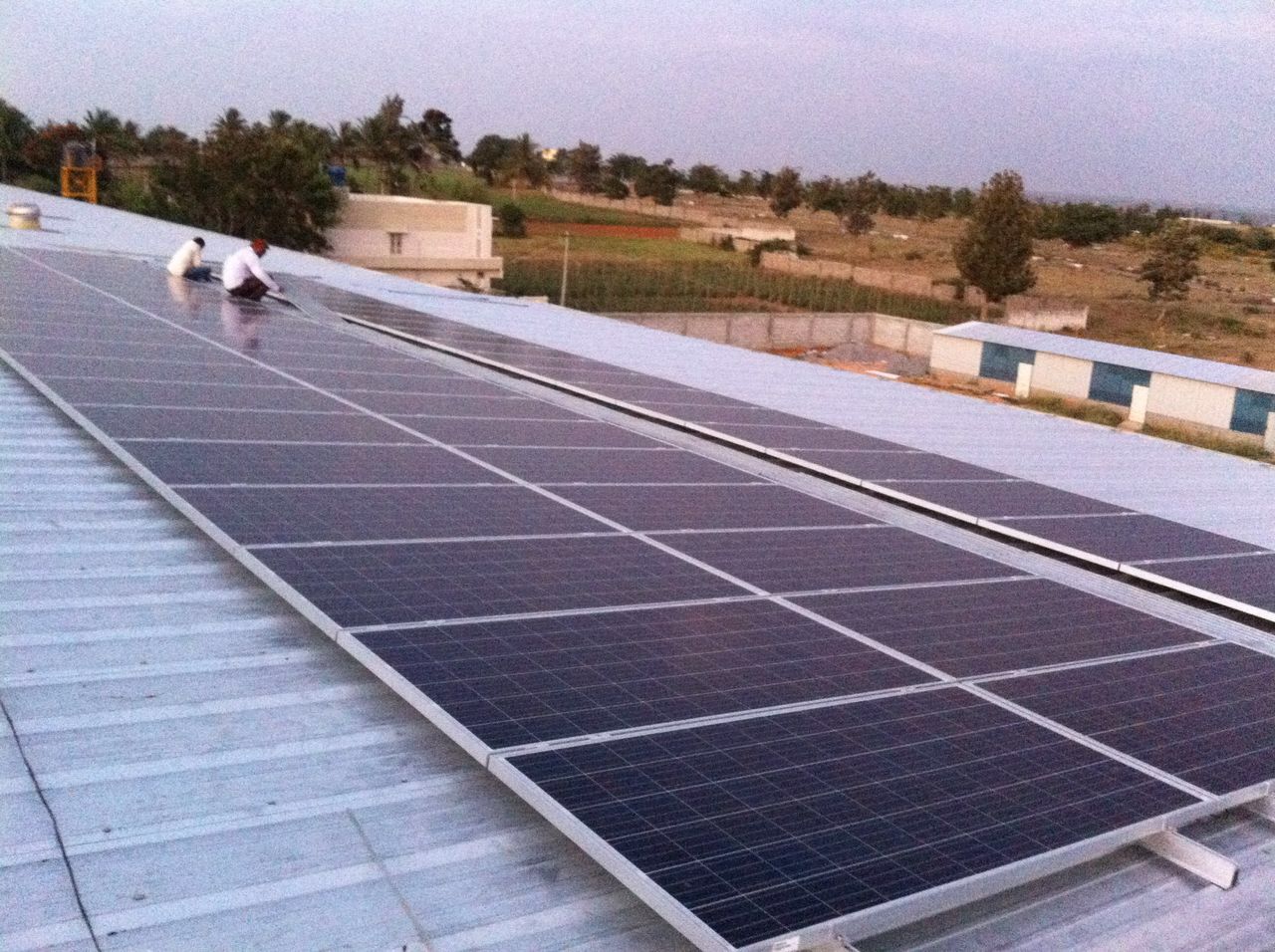 Sunsure Energy Pvt. Ltd. - a Delhi-based turnkey solar projects developer - has installed 1400 kWp of this 2000 kWp, including the 280 kWp plant inaugurated this month. The Sunsure - Merino engagement started in February 2016with setting up of 550 kWp Plant at MPPL, Haryana. Commissioned in June 2016, this was the largest single-site rooftop solar plant in Haryana at the time. Pleased with the superior performance of Sunsure's plant, Merino and Sunsure joined hands again for setting up a 500 kWp plant at Merino Industries Limited, Uttar Pradesh which was commissioned in October 2016. This was followed by Sunsure plants in all other Merino facilities located in Tamil Nadu, UP and now the latest in Haryana. In less than a year since Sunsure's first Merino plant, Merino Group has gone from less than 500 kWp to 2000 KWp in rooftop solar! In fact, the MIL plant in UP now procures as little as 5% of its total power requirement from the grid.

Merino Leadership and Senior Management praised Sunsure's expertise and engineering prowess. Shri Prasanta Bose, Head of Engineering, Merino Group said, "Sunsure has made a crucial contribution to Merino's operations with the high quality engineering and delightful services in solar. We look forward to partnering with Sunsure for all our solar at Merino."

Shri S. Bhagwat, Head of Projects, MIL Uttar Pradesh added, "Sunsure's quality [of engineering] reflects clearly in the generation data. Since commissioning, Sunsure plants generate up to 10% - 15% higher than all other plants installed at MIL UP and their issue resolution is always prompt and satisfactory. In fact, Sunsure has also helped us create KPIs and reporting processes in order to independently assess system performance."

Sunsure Founder and CEO, Shashank Sharma said, "We share a very valuable association with Merino Group. As a young company, experiencing the zeal that Merino - a market leader in its domain - has for adopting renewable energy is truly inspiring for us." He further said, "Our complete commitment to solar drives us to see every installation as an asset that we co-own and take a long term view on how we provide services. We call it the 'Asset owner mindset'. All our services - from design to installation to operations are driven by this mindset. Being able to add value to great companies like Merino adds a lot of confidence in our approach."

Manish Mehta, Director and Chief Business Officer at Sunsure added, "Rooftop Solar is a great industrial asset. Apart from environmental benefits, going solar makes commercial sense as well. A unit generated from solar costs around Rs 4.5 per unit as compared to industrial tariff of Rs 8 or more - and rising. Equity Payback time for the project is 2-3 years. Further it is easy to maintain as well. We would like to encourage other industrial units to follow Merino's example and go solar as well."

. 40 KWp Solar roof top saves > 25% electricity bill - Owner is delighted.
This is a delightful example of how an industrial unit at Rai , located at the outskirts of Delhi, is now reaping the benefits of lowered electricity cost, saving CO2 emission for the society and making best use of its roof top. It is also a resp... Read More